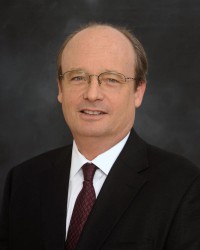 Florida’s economic recovery continues, albeit at a somewhat slower pace in recent months. Some 1.2 million jobs have been added to nonfarm payrolls since employment bottomed out in December of 2009.

Of those 1.2 million jobs added since the jobs recovery began in early 2010, 257,100, or about one out of five, have been added in leisure and hospitality. This represented 28 percent cumulative growth since December 2009. Manufacturing has gained 46,000 jobs, or 14.9 percent, since bottoming out in December 2009.

Although the gain in jobs in leisure and hospitality is a much bigger number, in some ways, manufacturing job growth is the bigger story.

A 14.9 percent increase in manufacturing jobs is good growth and a great recovery from the recession. However, it bucks the longer term trend, both in Florida and for manufacturing employment nationally. Due to automation, and aided by globalization, manufacturing businesses now produce more output than ever before, but they do it with fewer people. This is primarily due to the use of industrial robots and automated processes in our domestic U.S. manufacturing businesses. It also is due to the spread of technology globally and cheaper than ever shipping costs. The ability to manufacture abroad and ship to the U.S. market results in less expensive products to be sold by local wholesalers and retailers.
Figure 2 shows U.S. manufacturing output per employee measured in inflation-adjusted dollars per hour. It also shows the total number of employees in manufacturing in the U.S. Both output and employment are adjusted so as to measure January 1990 as having a value of 100 percent. What can be seen is that by quarter two of 2016, output per employee has increased from 100 to 242, or an increase of 142 percent. However, employment has fallen from an index value of 100 down to a value of 69, a decrease of 31 percent. Manufacturers are producing more than double the amount of output that they did a generation ago, but they are doing it with almost a third fewer people.

As the value of output per worker rises, businesses can potentially pay those remaining workers more, depending on the cost of installing the labor saving technology. When that happens, manufacturing jobs can be great jobs. However, the changes cut both ways. In a labor market where so many assembly line tasks are being replaced by technology, those displaced workers must either retrain, or find new employment, or both. This excess supply of people willing and able to work puts downward pressure on wages.

Sectors which are harder to automate, including health care, leisure and hospitality, and education, have had growing numbers of jobs. However, this may just mean that they are ripe for the same technology revolution which has changed manufacturing.

Manufacturers are producing more than double the amount of output that they did a generation ago, but they are doing it with almost a third fewer people. 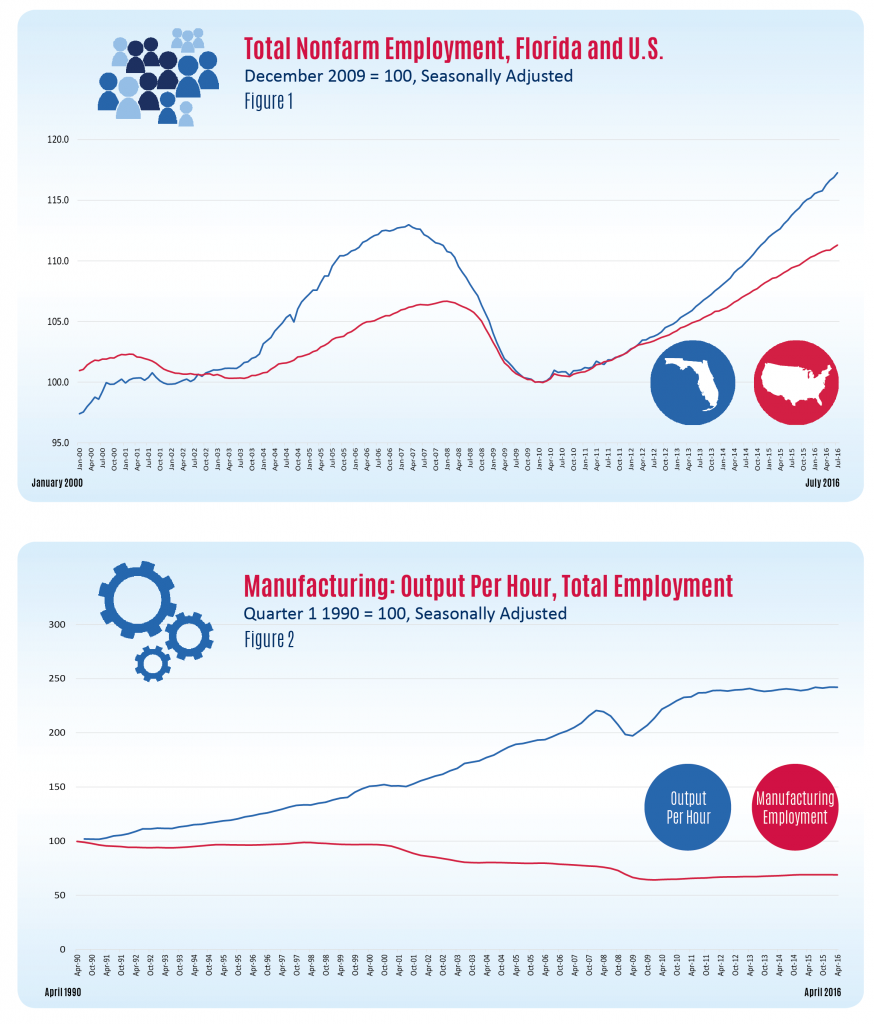 “The services of the FSBDC at UNF are priceless. Every business owner in Putnam County should be meeting with Cheryl at the FSBDC, the results are proven!”