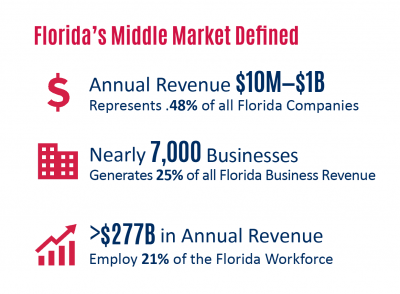 Florida’s middle market businesses are thriving, beating the national rate in year-over-year revenue growth during the 2nd quarter of 2016.

That’s according to the “Middle Market Indicator” from the National Center for the Middle Market, which reported that revenue from mid-size businesses in Florida grew 8.5 percent, while the national rate stood at 7.2 percent. Florida companies also reported 5.9 percent employment growth over the past 12 months, versus 4.4 percent nationally.

Florida’s construction market along with wholesale trade and business services have been among recent strong performers, said Thomas Stewart, executive director of the National Center for the Middle Market. 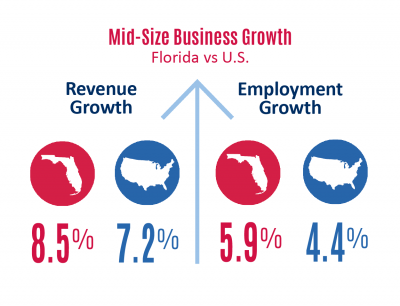 “You see some interesting patterns,” Stewart said. “But right now, you see in the last 12 months mid-sized companies in Florida have been really burning up the tracks.” 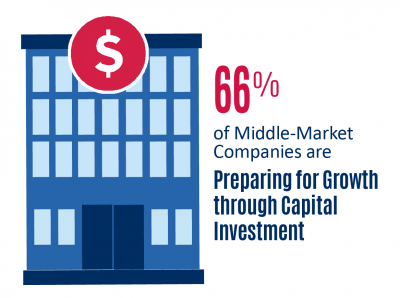 “Florida’s middle market companies are important drivers of our state’s economy, but often are not well understood or represented,” said Michael Myhre, CEO and Network State Director for the Florida SBDC.

“I have and will continue to recommend the SBDC [and the export marketing plan service] to every business owner and entrepreneur that I encounter as I believe that their services can help build a stronger economy one small business at a time.”