By: Quint Studer, Founder of the Studer Community Institute (As published in the Pensacola News Journal)

Senior executives should learn to enjoy a win every now and then.

When I’ve met with senior teams over the years, one of the skills those individuals often overlooked was capturing and maximizing the company’s wins.

Wouldn’t you think most executives would be basking in what their company is doing right? In reality, though, senior leaders are typically so focused on what needs to be fixed, they lose sight of the good things going on. Instead of celebrating a well-executed plan, they are already reacting or preparing for the next issue at hand.

I have found that those who bear lots of responsibility within a company, the people tasked with moving the company in the right direction overall, the ones saddled with ensuring more revenue than expense, tend to miss the wins most. They know employees and their families are dependent on the success of the organization, so it is natural for that person will be focused on problems and on the future.

Maybe some think that worry is part of being a leader. So why does focusing on wins matter?

Though they may not realize it, there’s a true trickle-down effect from a senior leader’s mentality to the rest of the organization. When it comes to inspiring the people – employees – who make the organization work, it can appear that the focus is always on what’s wrong instead of what’s right when a senior leader forgets to celebrate wins.

I know it’s something I did earlier in my career. In fact, I considered finding weaknesses and planning for the future my best value to my organization. While that skill can be valuable, I learned that if I don’t find and maximize the wins, the culture of ownership needed in the work place is not built. Employees see what the leaders are doing and saying, so even if the leader feels they are communicating the wins, they may not be.

Here’s an example: I was working with an organization and the CEO felt that the quality of the service they provided was the most important focus of the company. But in the past year, the organization had experienced financial challenges, and because of this, activity was way up on reducing expenses and increasing productivity.

I asked a large group of leaders to write down what they felt the focus on the company was. The No. 1 answer was money. The CEO was surprised. While it was a must to get expenses down, this did not mean quality was no longer the most vital part of the business. This is how not recognizing wins can change the perception and culture in a company.

In my own situation, I tended to not communicate broadly. I’d communicate what we weren’t achieving. When I was introduced to the writings of Clay Sherman, it clicked. Sherman wrote that a company can usually be divided into four areas: service, quality, people and cost. He also recommended communication within the organization touch on all four areas in everything from agendas to newsletters.

Will one area need more focus than the others at certain times? Of course. But covering them all in communication makes sure this area doesn’t get missed. For my operations, I changed “cost” to “finance” and added a fifth one, growth. But each organization will have different and unique areas.

Here are some tips to help the organization focus on what’s right:

Make sure it covers all key areas and is not too heavy in the finance area at the expense of other important areas. Next, color code the dashboard so at a glance people can see what is taking place. Meeting and exceeding expectations is often in green. Many use yellow for not exceeding but progressing at a pace in which goal will be met.  Red usually represents concern that, at the current pace, the goal will not be met.

2. Use the dashboard widely in the organization.

In addition to making it visible, use it in all communications. Explain the results to staff. Use them in meetings. Utilize the results in written communication to assure a balanced approach.

3. Learn from the success. 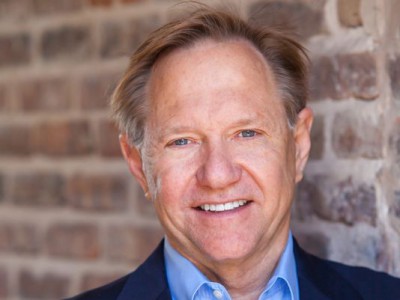 Years ago people would travel to Pensacola for a conference I would speak at on how to create a positive culture. While in town, many attendees would eat at McGuire’s Irish Pub. Because it is so popular, there was usually a wait for a table so people would tend to spend some time in the gift shop. One of the most popular items was a T-shirt that read “The beatings will continue until the morale improves.” It’s a joke, of course, but the realistic feeling behind it has some truth: Employees get worn out by hearing so much of what is wrong.

As a leader, it is vital to use a balanced approach, spend time on the positives and learn from the bright spots.

Quint Studer is a successful business leader, speaker and author who has coached success and workplace culture across the country.

“A major part of our success is due to the assistance provided by the Florida Procurement Technical Assistance Center...The guidance and unwavering commitment provided by Carole...resulted in Argus being awarded a GSA Schedule 84 Total Law Enforcement and Security Solutions Contract, which generated several multi-million dollar contracts through outstanding agencies such as the USDA and the National Oceanic Atmospheric Administration.”