Ice cream has long been one of Luisa Santos’ favorite things. As the nitrogen-frozen ice cream trend intensified, she made her first batch during her last semester at Georgetown University. In November 2014, she also incorporated nitrogen into a business pitch, winning the Startup Hoya Challenge Rocket Pitch, along with a cash prize, just days after whipping up that first batch. That cash prize kick-started the first stage of her business. Santos sold the nitrogen-frozen ice cream outside her dorm at Georgetown, served it at events she catered there, and even hosted an ice cream stand at a local farmer’s market.

“I learned about using liquid nitrogen to freeze ice cream and saw an opportunity to use this method to bring ice cream back to the basics,” said Santos. “But I needed someone to give me advice to help with the challenges of getting an idea off the ground.” 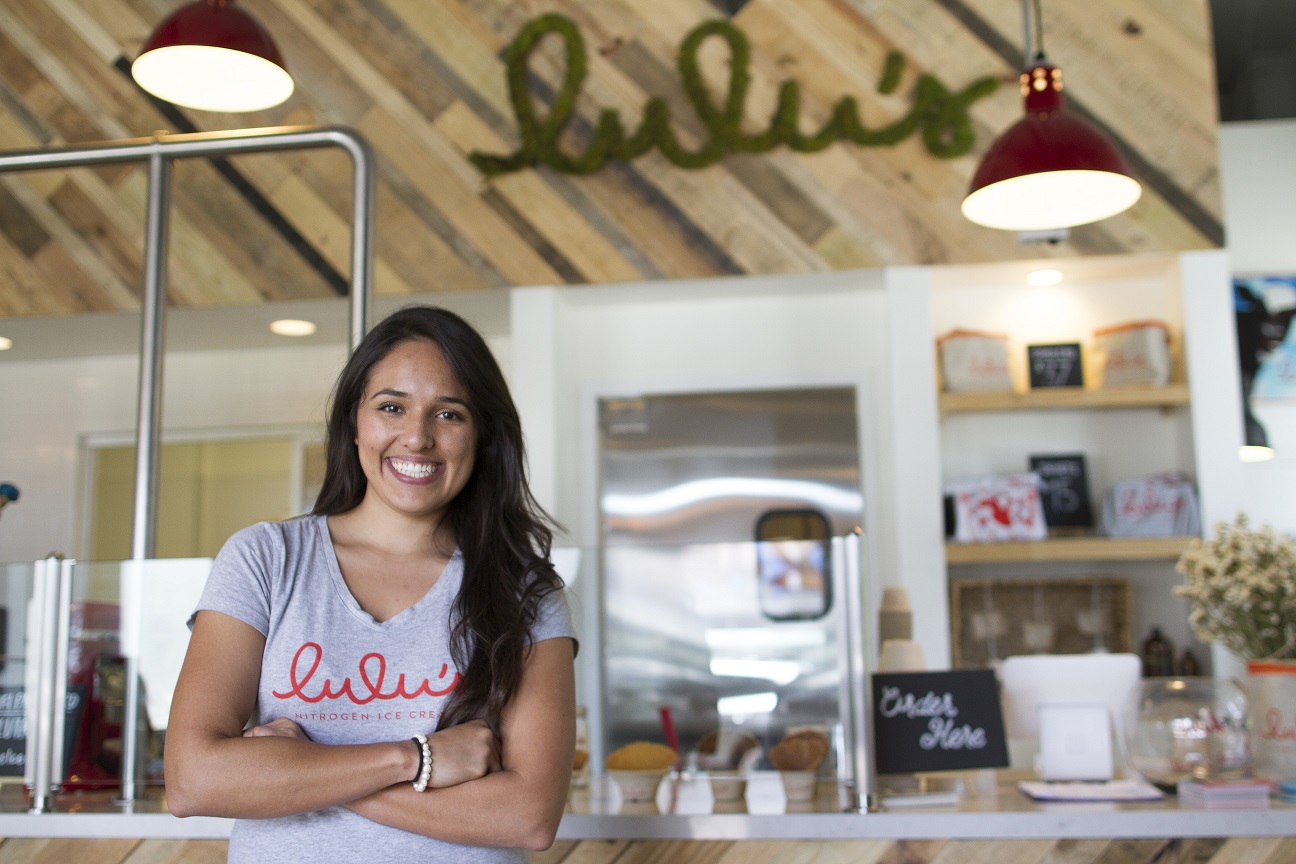 That happened when Santos returned home to Miami. In a move she describes as “serendipitous,” she met up with the Florida SBDC at FIU, which gave her the expertise she needed to start a full-fledged, bricks-and-mortar nitrogen ice cream business. On May 31, Lulu’s Nitrogen Ice Cream opened its doors in Miami’s trendy Edgewater neighborhood.

Developing the idea, creating a business plan, and securing funding wasn’t an easy process. Mentors from the FSBDC at FIU offered guidance for every question or challenge – including permitting and construction – that Lulu’s Nitrogen Ice Cream faced.

“We worked on financial modeling, getting an accurate picture of the variables I can control and those I can’t.”

“One of the most important things was the relationship I built with the consultants at the SBDC,” said Santos. “The best advice I obtained is to constantly evaluate my financials and understand where costs are coming from…that way, I can control them and increase the bottom line.”

Today, Santos has adopted a cow, named Lulu, from Dakin Farms and makes her ice cream base from scratch, including two vegan options. Already she has developed more than 50 ice cream flavors. At its Edgewater location, Lulu’s Nitrogen Ice Cream has a steady flow of customers, many of them regulars.

“Once it’s perfect, we’ll focus on growth and sharing Lulu’s with others,” Santos said.

What’s next: Refining the business model and creating a community of followers. As a testament to Santos’ success, she was named the SBA 2018 Young Entrepreneur Small Business Person of the Year.

"They helped me with funding, and we went over all the details of what an SBA loan entails and the information that banks expect. "