He recalls, “I joined the Air Force in 1954, became part of Strategic Air Command, and in 1967 they needed maintenance people for what they were doing in Vietnam, so I ended up over there.”

Ron joined the United States Army, went to Embry Riddle Aeronautical University, then went to work for the airlines in Houston, before he came back home and became a traveling instructor.

“He did flight training in every state except Alaska,”  says Morris. 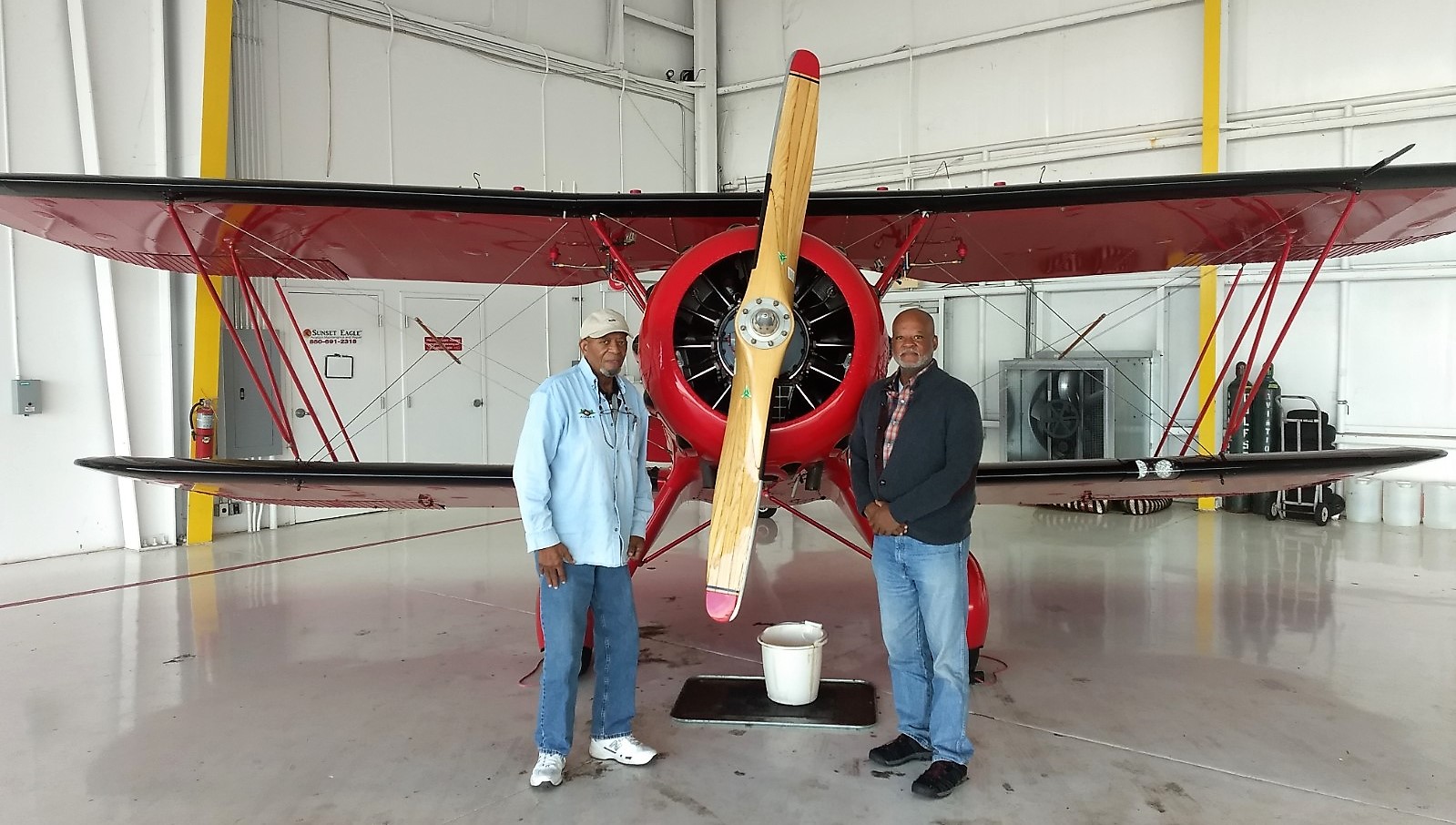 Morris and Ron are based at Northwest Florida Beaches International Airport, just north of Panama City, and their space includes a state-of-the-art flight simulator, providing the features required by military and civilian professional aviation academies, flight schools and instructors to teach and evaluate aircraft control techniques, in addition to VFR and IFR procedures, aircraft systems, normal and emergency procedures.

The first contact Morris had with the Florida SBDC at UWF goes back to 2009 and, since 2011, most of it has been with business consultant Dr. Len Eichler.

“Len is my go to guy! He’s been a great sounding board in every step we’ve taken in the growth of the company. We couldn’t have done it without him.”

Island Air Express is also a certified 8(a) company. This is a designation for small and disadvantaged business enterprises. They are also a Service-Disabled Veteran-Owned Small Business Concern (SDVOSBC). Under current mandates, certain government contracts can be set-aside and only SDVOSBC’s can bid on them.

After all of the years that Morris has spent in the aviation field, he still loves what he does. He loves seeing people who want to learn how to fly start on the ground, put in 10-12 hours in the simulator before they get to fly the plane, then get their hours in a plane with an instructor.

“But what I really like,” Morris says, “is when that student does their first solo flight. We try to show young people a better way of life.”

"Len is my go-to guy! He’s been a great sounding board in every step we’ve taken in the growth of the company. We couldn’t have done it without him."