After spending his time as an executive within multiple companies, Larry Bull decided to leave his job as the president and chief operating officer at a commercial vehicle air conditioning company and began his voyage into entrepreneurship.

Bull is now the president and owner of Createch Machine and Design, a company that began in November 2006. Bull originally purchased it as a small business in Rockford, Ill., called Rockford Drillhead. Over the course of 10 years, he has added other brands such as Ettco Machine Tool, Procunier Safety Chuck, Universal Automatic and Speedycut to his portfolio. 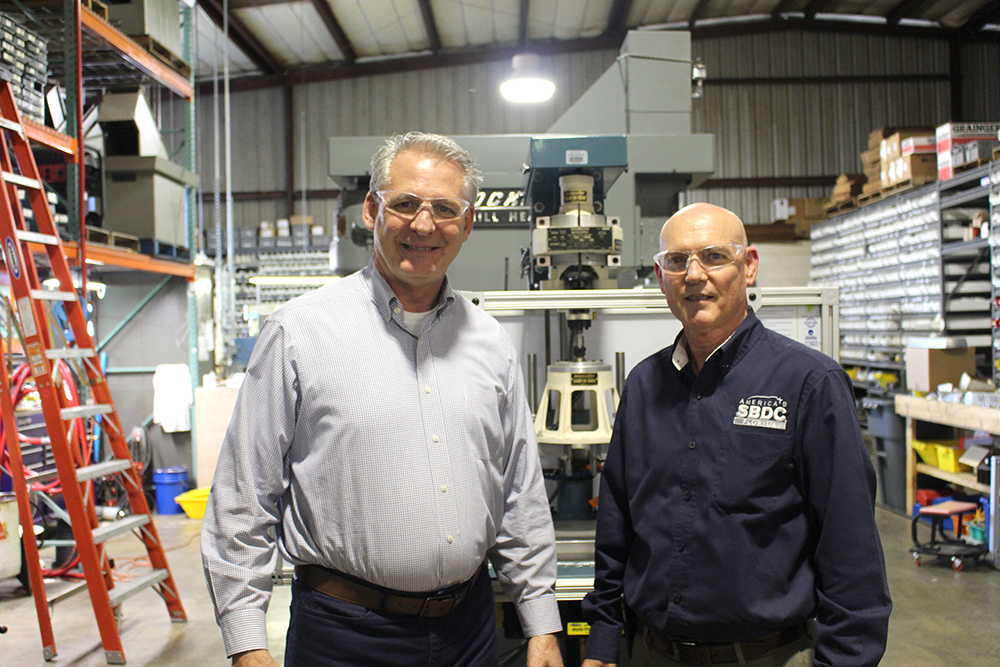 Createch Machine and Design is a company that manufactures industrial technologies such as an automotive, aftermarket fluid exchange machine as well as drilling and tapping machinery that is sold throughout the United States.

Bull initially got in touch with the Florida SBDC at the University of South Florida (USF) at a seminar about exporting assistance. After speaking to a representative, it was suggested he look for marketing and selling opportunities in his local market in addition to export opportunities. Bull was then introduced to consultant Bill McKown for further direction.

“Bill is a very straight-forward guy, so he provided us with a no holds barred approach,” Bull said. “I could tell that he was going to give it to me straight. He gave me a number of things to think about; one was just to rebrand ourselves.”

As the company has rebranded, they have received plenty of positive feedback from both customers and suppliers.

“They have begun to understand a little better that Createch, or creative technology, is really what we do,” said Bull.

Createch Machine and Design has grown considerably since 2006. Bull is now taking the recommendations provided as a result of the Growth Acceleration Report, provided by consultant McKown, to work on his game plan for the future.

“If you can avail yourself to the consultation of the Florida SBDC at USF and other organizations…to help you grow your business, you should take advantage of that,” Bull said.

“It’s about growing at a speed at you’re comfortable growing at, to look at all aspects of how to grow – both organic growth and acquisition – but to have an objective in mind. Understand where you want to be and you’ll have a chance of getting there and to also look at realizing you don’t have all of the ideas that are necessary to run and grow your business so be willing to seek outside assistance and counsel when you’re fortunate enough to have an organization like the SBDC,” he added.

Createch Machine and Design is now working on its website and search engine optimization and expects to come back to consultant McKown for additional consulting services and feedback in the future.

"If you can avail yourself to the consultation of the Florida SBDC at USF and other organizations…to help you grow your business, you should take advantage of that"