Many Floridians without access to other forms of credit rely on payday loans – small sums that must be repaid over short periods – to cover necessities between paychecks. But with average annual interest rates on such loans often in the triple digits, that assistance can come at a hefty price. 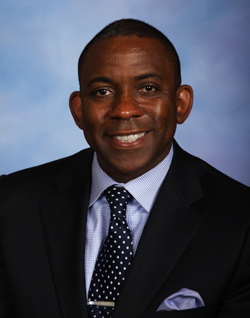 Over the summer, the Florida SBDC at Florida A&M University in Tallahassee worked with Mainstreet Financial, a partnership of financial literacy organizations Mind Over Money, Wealth Watchers and RAISE Florida, to draft a plan to offer “payday alternative” loans of up to $500 to those relying on traditional payday loans. Their goal was to get payday lending customers the cash they need at a lower interest rate and to ultimately wean them off payday loans entirely.

Like traditional payday loans, Mainstreet Financial loans would be easy to get – requiring little more from the borrower than an open checking account and proof of employment.  However, payday alternative loans would differ from regular payday lending in several ways.

To start, the APR for Mainstreet Financial loans wouldn’t exceed 36 percent. Also, while traditional payday lenders usually require that loans be paid back with the borrower’s next paycheck, Mainstreet Financial would allow borrowers to pay back loans in installments over six months to a year.

Finally, Mainstreet Financial would offer financial literacy courses to teach borrowers how to build credit and save money.

“We need to incorporate not only access to short-term cash, but at the same time provide literacy,” said Keith Bowers, regional director of the Florida SBDC at Florida A&M University. “The reason the payday lenders are so successful is because… eligibility is very broad-based. People have used those services for years, and it affects the low-income population more substantially than it does other segments of the community.”

But to get borrowers on lower-interest loans, Mainstreet Financial must first convince them to give payday alternatives a shot, Bowers said.

“The biggest hurdle is to change… habits,” he added. “People who utilize (payday loans) services are like clockwork… The outreach would be to provide statistics on predatory lending practices on a national level and how that affects wealth-building and family strategies.”

The University of West Florida Haas Center for Business Research & Economic Development recently took a look at payday loan generation at a county level in Florida. That research can be found here.

“Whether you are starting your first business or you are an experienced entrepreneur, the SBDC is a valuable resource. We would not have been as successful, as quickly as we did, had it not been for the help and support of their staff. We’re grateful for their help in compiling and submitting our BP claim, providing us with an outline for starting our new business, and great advice on good start up business practices.”