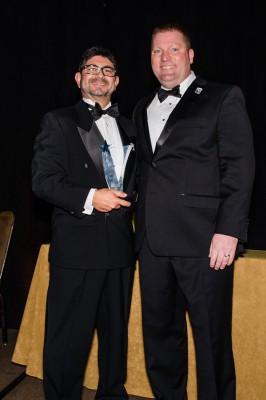 The awards, which were presented in Orlando by Florida SBDC Network CEO and State Director Michael Myhre in September as part of the network’s 40th anniversary celebration, annually recognize top personnel, volunteers and partners for their contributions to the network’s mission of helping the state’s small businesses grow and succeed.

“It is my privilege to honor our talented employees and partners for exemplifying the highest standard of excellence in their work,” said Myhre. “These individuals work tirelessly to ensure our state’s entrepreneurs and small business owners receive the resources and expertise needed to succeed.”

The Florida Star of the Year Award was presented to Javier Marin, former business consultant and assistant director for the Florida SBDC at the University of South Florida (USF) in Polk County. The State Star award, the highest accolade achievable by SBDC employees, recognizes extraordinary performers who have made strong contributions to their state network. In 2015, Marin delivered over 1,000 hours of business consulting. In addition, he participated in the Florida SBDC at USF’s Small Business Network of the America’s program as a fellow for two weeks in Merida, Mexico and has served as an instrumental asset to the network’s international team. As part of the award, Marin was honored among State Star awardees from SBDCs across the county as part of the 36th Annual America’s SBDC National Conference in Orlando. 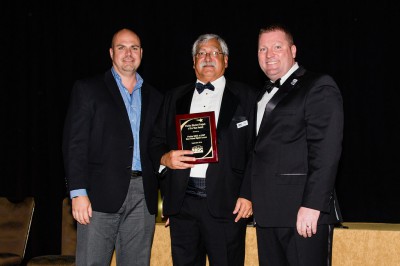 (L-R): Kelly Massey, Regional Director for the Florida SBDC at UWF, and Gerry Goldstein accept the Student Project of the Year Award from Michael Myhre

The Florida Resource Partner of the Year Award was awarded to the Florida Department of Economic Opportunity. The award, given to an individual or organization for making significant contributions to the network with respect to advocacy, financial support, partnership building or advising, was awarded to DEO for the organization’s shared mission in serving Florida’s small businesses. Through the Florida Microfinance Act, the Florida SBDC and DEO are working to increase the availability of loans to small businesses.

The network awarded the Florida SBDC at the University of West Florida (UWF) the Florida Student Project of the Year Award. The award was given in recognition of the region’s work with UWF MBA students Gerry Goldstein, Stelios Peterson, Laura Jensen, and Michael Newsom. For the project, the team prepared an in-depth analysis for Pensacola-based Best Price Digital Lens, LLC, a client of the Florida SBDC at UWF, to assist owner Dr. Gene Terrezza in expanding his current optical lens manufacturing facility. As a testament to their efforts, the team won first place at the Small Business Institute’s 40th Annual Academic Conference in February. 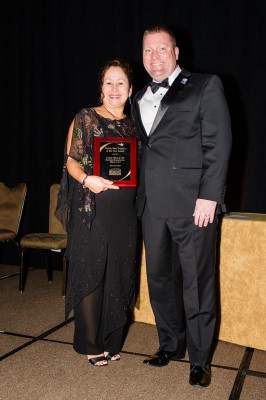 The Florida Volunteer of the Year Award was presented to David Marovich, Chief Operating Officer for 121 Financial Credit Union in Jacksonville. Marovich has served as an instrumental partner to the Florida SBDC at UNF and to the Small Business Resource Network, an affiliate of the Florida SBDC Network, for the past six years.

The Florida Best Practice of the Year Award was presented to the Florida SBDC at USF in recognition of the Phase 1 and Phase 2 Business Assessments delivered to small business owners to help their businesses grow and succeed. The assessments involve an average of 80 hours of consulting by various members of the consulting team, and cover all aspects of a client’s business.

As part of the awards, the network also recognized exemplary employees and partners for making significant contributions to their respective SBDC regions and for achieving service year milestones.

“My experience working with the FSBDC to secure a bridge loan has been nothing but extraordinary! Everyone has been extremely helpful and accessible. Considering the stresses after Irma and the fear of losing my business, the staff at the FSBDC was a breath of fresh air. I don't think I could have made it through as effortlessly as I now can if it would not have been for their expertise. Thank you for saving by business and my peace of mind during [these] stressful times! ”