FSBDCN Headquarters: The Florida SBDC Network is pleased to announce the winners of the 2015 Performance Excellence Awards. The awards, which were presented by Florida SBDC Network CEO and State Director Michael Myhre in Miami on June 23 as part of the network’s professional development conference, annually recognize top personnel, volunteers and partners for their contributions to the network’s mission in helping Florida’s small businesses grow and succeed.

“It is an honor to recognize the achievements of our network’s outstanding performers, partners, and service year recipients,” said Myhre. “These individuals work tirelessly to ensure our state’s entrepreneurs and small business owners receive the resources and expertise needed to succeed – helping our state and nation move forward.”

The winners at the state level for 2015 are as follows (separated by category): 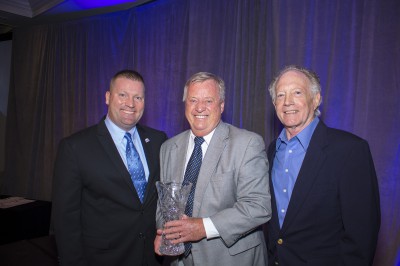 The inaugural Jerry Cartwright Lifetime Achievement Award was presented to Dan Regelski, former regional director of the Florida SBDC at Florida Gulf Coast University (FGCU) who retired in June after more than 20 years of service to the network. The award is named after former FSBDCN State Director Jerry Cartwright for his lifetime career with the network.

The Florida Star of the Year award was presented to Aundra’ McGlockton, a business consultant for the Florida SBDC at Florida A&M University (FAMU). The State Star award, the highest accolade achievable by SBDC employees, recognizes extraordinary performers who have made strong contributions to their state network. In 2014, McGlockton assisted his clients obtain equity investments and loans totaling over $3.6 million and create and retain 174 jobs. As part of the award, McGlockton will be recognized at the National America’s SBDC Conference in San Francisco this September.

The Florida Employee of the Year award was presented to Stacey Pierce, Marketing and Communications Officer for the Florida SBDC at the University of South Florida (USF). 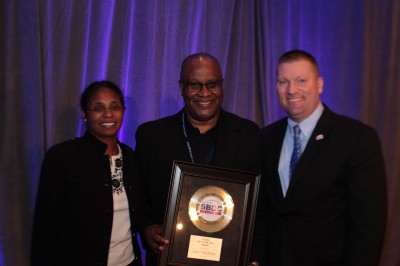 The Florida Volunteer of the Year award was presented to Lynne Tarman of Alliance Financial. The award was given to Tarman for her dedication to her work with SBDC programs and her 10 years of support and coordination of the annual Girls Going Places program held at FGCU.

The Florida Innovative Service and Best Practice award was presented to Katie Arroyo and Jared Bailey of the Florida SBDC at the University of North Florida (UNF) for their International Marketing Metrics (IMM) tool. The award is given in recognition for significant contributions to organizational improvement and enhanced performance. Using the tool as part of the network’s international trade services, small business exporters are able to quickly compare dozens of markets via the interactive country ranking matrix and illustrative graphing system.

As part of the awards, the network also recognized exemplary employees and partners for making significant contributions to their respective SBDC regions and for achieving service year milestones. Regional awards were earlier presented to recipients at local events organized by the regional center. To meet the winners, click here: Regional Award Winners & Service Year Award Winners.

““Increased productivity, improved efficiency, expanded employee effectiveness and the opportunity to make better decisions, that’s how DISC was very helpful for my firm,” concluded Springer. “We’re on the road to a terrific 2019 with the right people in the right roles, thanks to the help of the Florida SBDC.””