According to a recent national ranking it is a good time to be a business owner or job hunter in Florida.

Last month, news website Business Insider released its ranking of U.S. states by how well their economies are performing. Florida came in seventh. 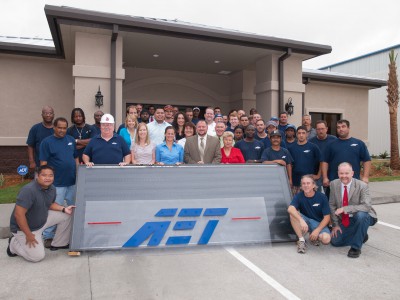 A recent survey by Manpower found that Jacksonville employers, such as Green Cove Springs-based Alternate Energy Technologies, are planning to increase the size of their workforce.

Florida notched the nation’s fifth-highest nonfarm payroll growth between December 2013 and December 2014, according to the ranking. In addition, the Sunshine State had the fifth-strongest recovery in housing prices between the third quarter of 2013 and the same period in 2014, and Florida boasted the third-largest budget surplus in the nation. That was enough to land Florida ahead of eighth-placed Minnesota overall.

Business Insider identified North Dakota, which is riding high on the strength of its energy sector, as having the nation’s strongest economy.

Employers are acting on the Florida’s rebounding economy. A recent survey by staffing agency Manpower predicted that the Jacksonville, Deltona-Daytona Beach-Ormond Beach and Orlando areas will be among the best job markets in the nation over the next three months.

Manpower sampled 18,000 employers nationwide for its quarterly survey. The agency found that 30 percent of Jacksonville employers planned to increase the size of their workforces through June (Manpower reached that number after subtracting the percentage of employers who said they intended to reduce staff sizes).

In fact, the employment outlook in Jacksonville was the second-best in the country, according to the survey. Only Boise, Idaho was better, with 32 percent of respondents there saying they planned to hire.

Other Florida metro areas made it near the top. The Deltona-Daytona Beach-Ormond Beach area came in a three-way tie for sixth, with a net 26 percent of employers there saying they plan to hire. Orlando also placed highly on the list, with a net 24 percent of firms saying they intend to add staff. Miami and Tampa followed closely behind.

“The Florida SBDC at USF and our consultant Pat Gordon were very helpful and timely. They made the [bridge loan] process very easy. We look forward to working with Pat in the future as we are planning to grow our practice.”