Access to capital is the greatest challenge facing Florida small businesses, with 28 percent of respondents saying it was a problem, according to the Florida SBDC Network’s most recent annual survey of small business clients.

In an effort to further examine the issue, the Florida SBDC Network recently partnered with the Federal Reserve Bank of Atlanta to collaborate on the “Small Business Credit Survey: Report on Employer Firms” to offer data to help understand the dilemma that businesses face not only in Florida, but also across the country. [1]

Florida’s statistics aligned closely with those nationally, with 60 percent of Florida businesses reporting that their revenue increased last year. Nationally, 54 percent said their revenue was up. 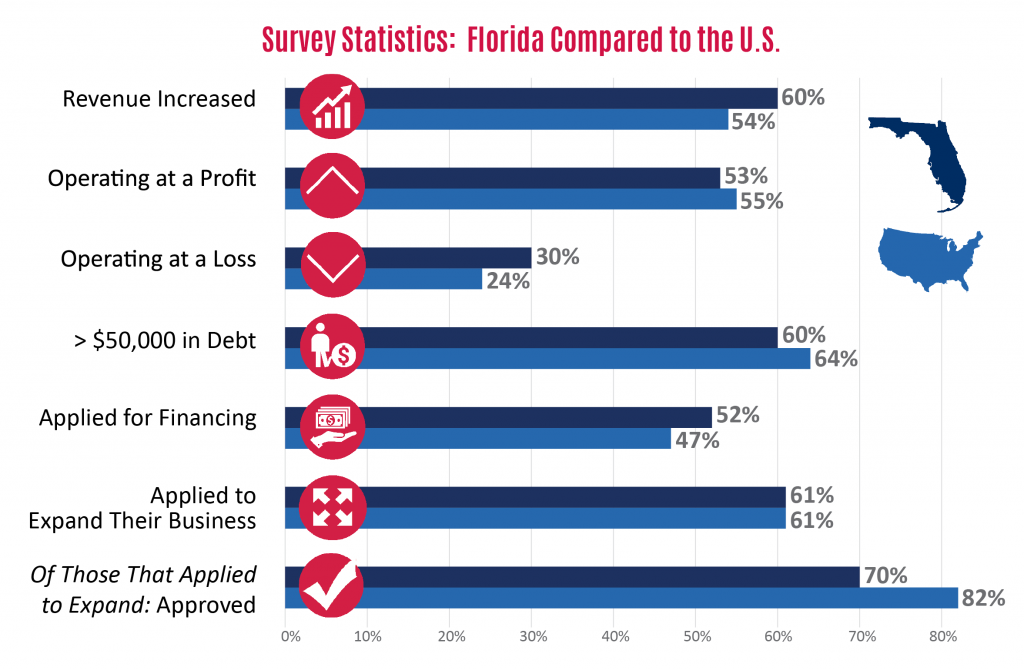 “There are a lot of resources out there for small businesses and I would recommend that no matter what your strategy, whatever your business model is, that you avail yourself to those capabilities.”